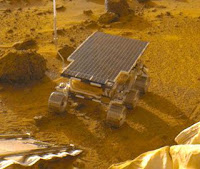 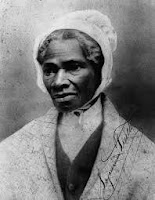 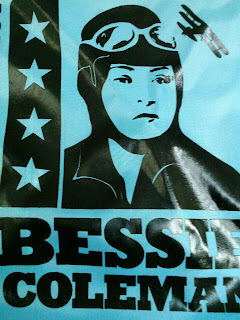 Aviator Pioneer Bessie Coleman admired Sojourner Truth. The name Sojourner was given to a robotic miniature Mars rover that explored the planet for three months. The name was selected in an essay contest won by a 12-year-old from Connecticut. The height of aviation in our time is the ability to go into space. Bessie Coleman was a pioneer in the field of aviation and has been enshrined into the Aviation Hall of Fame. She died when she was flung from an airplane a day before a major airshow in Jacksonville, Florida. The city's council honored her on Aug. 27, 2013 with a resolution.

Sojourner, means "traveler", who escaped with her infant daughter to freedom in 1826.
After going to court to recover her son, she became the first black woman to win such a case against a white man. Her best-known extemporaneous speech on gender inequalities, "Ain't I a Woman?", was delivered in 1851 at the Ohio Women's Rights Convention in Akron, Ohio. During the Civil War, Truth helped recruit black troops for the Union Army; after the war, she tried unsuccessfully to secure land grants from the federal government for former slaves. (-wikipedia)
Posted by http://scholarresourcetutoring.blogspot.com/2015/07/book-store-specials.html at 8:15 AM