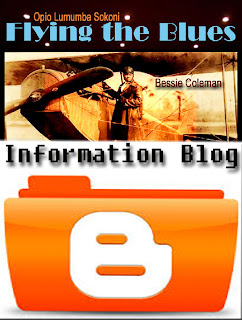 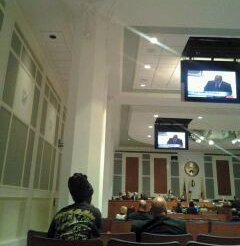 
I come before you to respectfully request that we as a city properly honor aviatrix pioneer Bessie Coleman. The city of Jacksonville, Florida is the only town relevant to her storied life that has not formally recognized her memory with a street, building or other major city honor.


Bessie Coleman earned an international pilot’s license from the most prestigious flight school in France. She was the first African American female to fly a plane. Bessie was immensely popular during the 1920s and was admired by many pilots of the day. She was known for breath-taking air maneuvers and highly entertaining parachute jumps. The Norman Studios here in Jacksonville communicated with Bessie about a film based on her incredible flying.


On April 27th, 1926 Coleman came to Jacksonville to headline an airshow sponsored by the Negro Welfare League. Her contact here was an impressive, young 21 year old name John Thomas Betsch, a Howard University graduate. He is the father of our very own Johnetta B. Cole. While here in Jacksonville, Bessie made speeches at the Strand Theatre, Stanton High School, Davis Street Elementary and Darnell Cookman.

On April 30, 1926, while flying over the now defunct Paxon Airfield, Brave Bessie fell 2000 feet from her airplane. She died instantly. Bessie’s body was taken to the Lawton L. Pratt funeral home. Bessie was to appear at the Elite Circle and Girls’ DeLuxe Club’s much anticipated dance that evening, a memorial was held for her instead. A funeral was held for Bessie here at the Bethel Baptist Institutional Church. Thousands of mourners filed past her coffin in Jacksonville. Reverends Scott Bartley, T.H.B. Walker and John E. Ford presided over the massive funeral. The choir sung Bessie’s favorite gospel song; “I’ve Done My Work.” A second service was held for her in the city at the St. Philips Episcopal Church on Union Street - presided over by Reverend Parchment.

When Bessie Coleman died, The Florida Times Union newspaper refused to mention her by name; simply calling her “that woman.” A letter has been sent to their editor asking them to run a story to correct the record.

Bessie would not live to see the Norman Studios make its most famous film, The Flying Ace. The United States Postal Service, however, did recognize Bessie’s pioneering achievements with a postage stamp.  The city of her childhood in Texas and her adopted city (Chicago) have both named major roads and schools in Bessie’s honor. Jacksonville, on the other hand, has streets named after Amelia Earhart and the Wright brothers. Bessie has a closer tie to Jacksonville than either of these great aviation pioneers but has not been honored as they have. It is my belief that this woman belongs to this city as much as she belongs to either of the other cities mentioned. This was the place she made her last flight, before she fell into history, doing what she loved while contributing to the new world of aeronautics.